Mystery of Eldorado slot – are you ready for the quest? 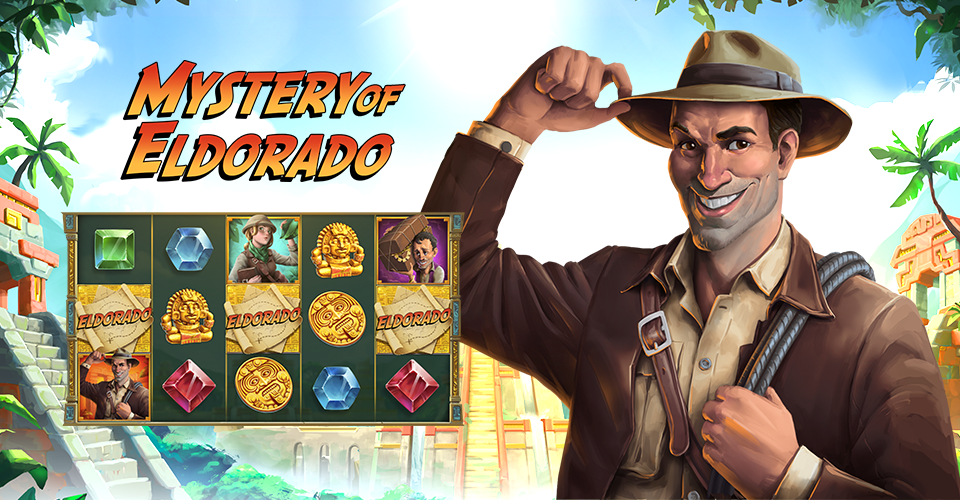 Go on this journey to find a long-lost golden city in our newest iGaming title – Mystery of Eldorado slot! Here you can find yourself deep in the Amazonian jungle doing whatever it takes to uncover this lost city of treasures.

People have lusted for gold since the beginning of time and it didn’t take long until the first whispers have rumoured this city to be built entirely on top of gold. And then the hunt began. Many expeditions were held and among these, we must note Sir. Walter Raleigh. Walter Raleigh believed in the existence of this golden city and organized two expeditions to find it. Although he did not manage to find the lost city, he did uncover Angel falls – by leading expeditions in the area around the Orinoco River in Guyana.

Even though this was a rough quest, in reality, you’ll have it a bit easier in our brand new game. Join the hunt for treasure and start your journey towards the golden city. Keep your eyes open and maybe you’ll get lucky! There are many ways to get there, but following the ancient map on the reels will lead you to a round of free games where you can land a special expanding symbol (can be different every time). This is the ultimate way to expand your chances to turn these coins into a pure golden fortune.

Are you ready for this quest? Try the new slot game Mystery of Eldorado now!