Goddess of War: our newest slot just in time for Christmas! 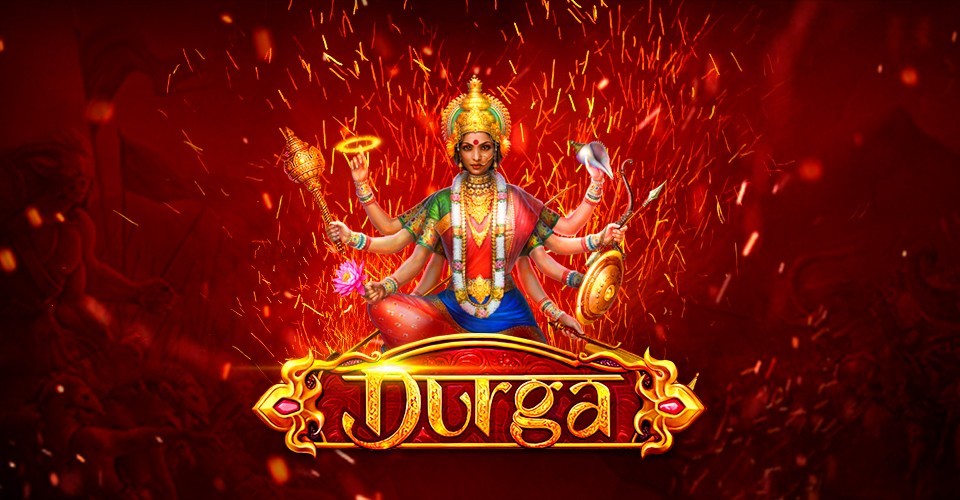 After a short pause, we’ve been caught up in the festivities and are now happy to announce that we’ll be colouring up our game portfolio with a new slot just in time for the holidays! Our beautiful Goddess of War game is based on Hindu mythology and the Hindu goddess, who is known for combating evil and demonic forces with her mighty lion by her side.

Interested in hearing her story? Let us tell you:

As the old Hindu legend says, there was a brutal war in the ancient world. The demons, led by evil Mahisha, rebelled against the Gods and they put the entire world to perdition. The war took ages and it almost looked as if the evil forces would win. The remaining Gods, dejected by their defeat, gathered in the mountains where they searched for a way to win the war.

The Gods combined their divine energies to summon the Goddess of War. She emerged from the light, fully grown and beautiful, she presented a fierce menacing form to her enemies accompanied by a faithful lion to support her. Goddess of War, the perfect warrior with 10 arms, each holding the special weapon from the gods, was absolutely invincible. After a long battle, she killed Mahisha and saved the Gods! The balance was again established and the world returned to peace.

We hope that you’ll enjoy this little time travel back into an ancient world with our newest game. This 5-reel, 4-row game with 40 fixed lines takes the players on a journey to discover more about Hindu mythology, unimaginable strength, and taking big risks to conquer.

In the game, be sure to look out for the 3 Mahisha symbols (horned devil) as he will grant you free games and ask you to choose how many free spins you are willing to play. But it’s a tricky decision to make: the bigger number of games you choose, the smaller the Multiplier you are going to get. What do you prefer? Can you take the risk?
Play Goddess of War slot online!

Don't forget to keep up with us on social media!