We are thrilled to announce that just one day after the release of our newest Cuckoo slot, there was a huge win! Not only did the winner DIRK17 win fast and big, but he took home the absolute biggest win in Starcasino this year — the casino in which the win took place! 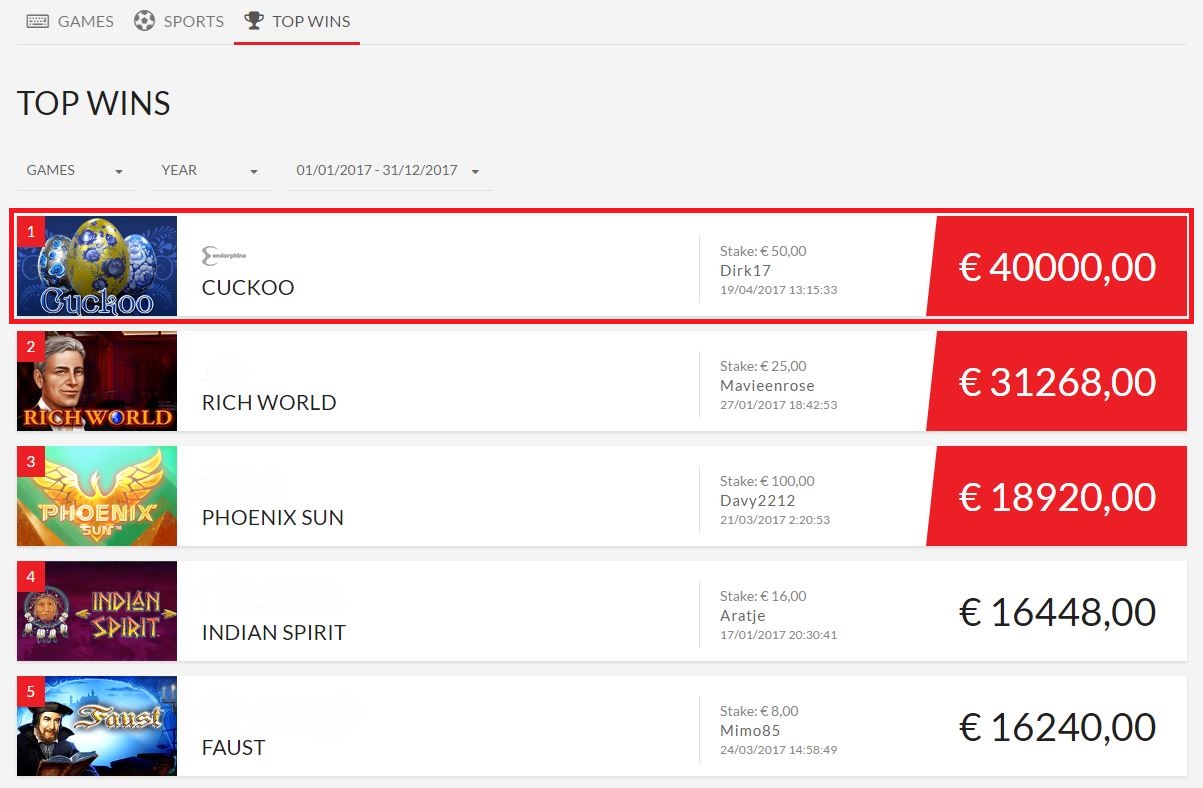 The Cuckoo game was released as an after-Easter perk for our players. Inside the game, you can admire its elegant and crafty designs on hand-painted eggs as well with on the Lucky Cuckoo clock — which definitely proved itself to be lucky for our winner.

This April, Endorphina has been filled with successful new slot releases such as Slotomoji, the 2027 ISS slot with its special 5,000 EUR promo, and now in the spotlight — Cuckoo slot.
However, this month is still not over and we have one more release to give to our players. Will you be the next big win winner?