Join before the countdown expires!

The time is up! 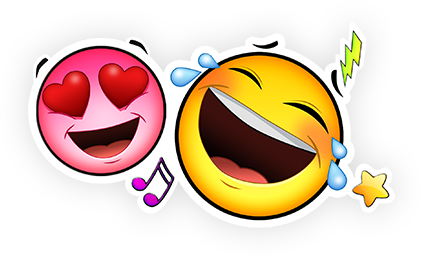 Celebrate World Emoji day on July 17th with our Slotomoji slot & get your hands on a 2,000 EUR pool prize! Play Slotomoji game in participating casinos between July 14th and July 18th and compete with other players who will make the most bets in this game. Take your emotions for a real spin into the igaming world, where you can feel the highs and thrills of taking risks to win big!

CONGRATULATIONS to all winners!

All winners already claimed their prizes.

During the promotion, we’ll be counting up each 1 EUR bet played in the Slotomoji game and the player with the most bets will get the main prize. The other prizes will be distributed accordingly regarding the number of bets each player gets.

A minimum wager of 10 EUR or the equivalent of this amount in other currency is required. It’s the number of 1 EUR bets that count!

In the middle of the promotional period (Monday 17th July), a table of TOP players will be displayed on the website to give you a hint on how you’re scoring among other players. The exact time and day will be shared on our social media.

A total of 2,000 EUR has been distributed across all participating casinos. Endorphina is not responsible for any additional funds or prizes offered by casinos.

These Terms and Conditions (“Terms”) regulate legal relationship between on-line casino which offers the Game and participate on this contest as a partner of Endorphina (“Casino”)as an operator of the Game and any physical entitiesthat will be playing the Game(“Players”)and the developer of the Game and provider of this contest company Endorphina Ltd. (“Endorphina”) in order to playthe Game named Slotomoji slot game developed by Endorphina presented to Players on platformoperated by the Casino(“Game”).

1.2. In order to play the Game and collect the prize all Players have obligation to registeraccording to the registration process and requirements of the Casino.

1.4. In order toparticipate in the contest all Players need to play theGame during the Promotional periodin Casino and bet minimum wage in amountofat least 10 EUR or the equivalent of this amount in other currency.

1.5. For each 1 euro of the bet on Game or the equivalent of this amount in other currency each Player gets 1 point. Number of the points which will be granted to the Players will be determined from their total bet during the Promotional period in euro currency.The number of the pointsis not limited.

1.6. At the endof Promotional period the winners willbe determined by the final number of the points reached by playing the Game.From the avoidance of the doubts the winners will be chosen from all Players from all casinos, which are participating in Endorphina’s contest

1.8. All prizes will be credited in the form ofreal money directly to Player gaming account within 72 hours from the end of the Promotional period.

1.9. In case of a tiebetween two or more Players, the Player with the higher number of total winsthat will be calculated for the entire Promotion period, in euro or equivalent currency, will gain the priority.

2.1. The prize pool is in the amount of EUR 2.000 and will be divided across all Players from all casinos participating in this contest according to the table below:

3.1. Endorphina is not responsible for handing over of prizes which might beprovided by Casino.

3.2. In no event will the Endorphina be liable for incidental, indirect, special or consequential damages, or any damages whatsoever resulting from use of the Game.

3.3. The Endorphina is notliable for any improper or illegal use of the Gameby the Player.

3.4. The Endorphinais not liable to the Player for any claim related to any defect in the Game whatsoever.

3.5. All disputes and all matters which may arise out of or in connection with the execution of the present Terms are to be resolved whenever possible by means of negotiations between the Endorphina and the Player. In the event of failure to settle the disputes and all matters by means of negotiations they must be submitted for settlement in in court at the location of the Endorphina.

3.6. The Endorphina as a provider of this contest is entitled to change thisTerms or partly or completely cancel the contest any time before, during or after the Promotional period.